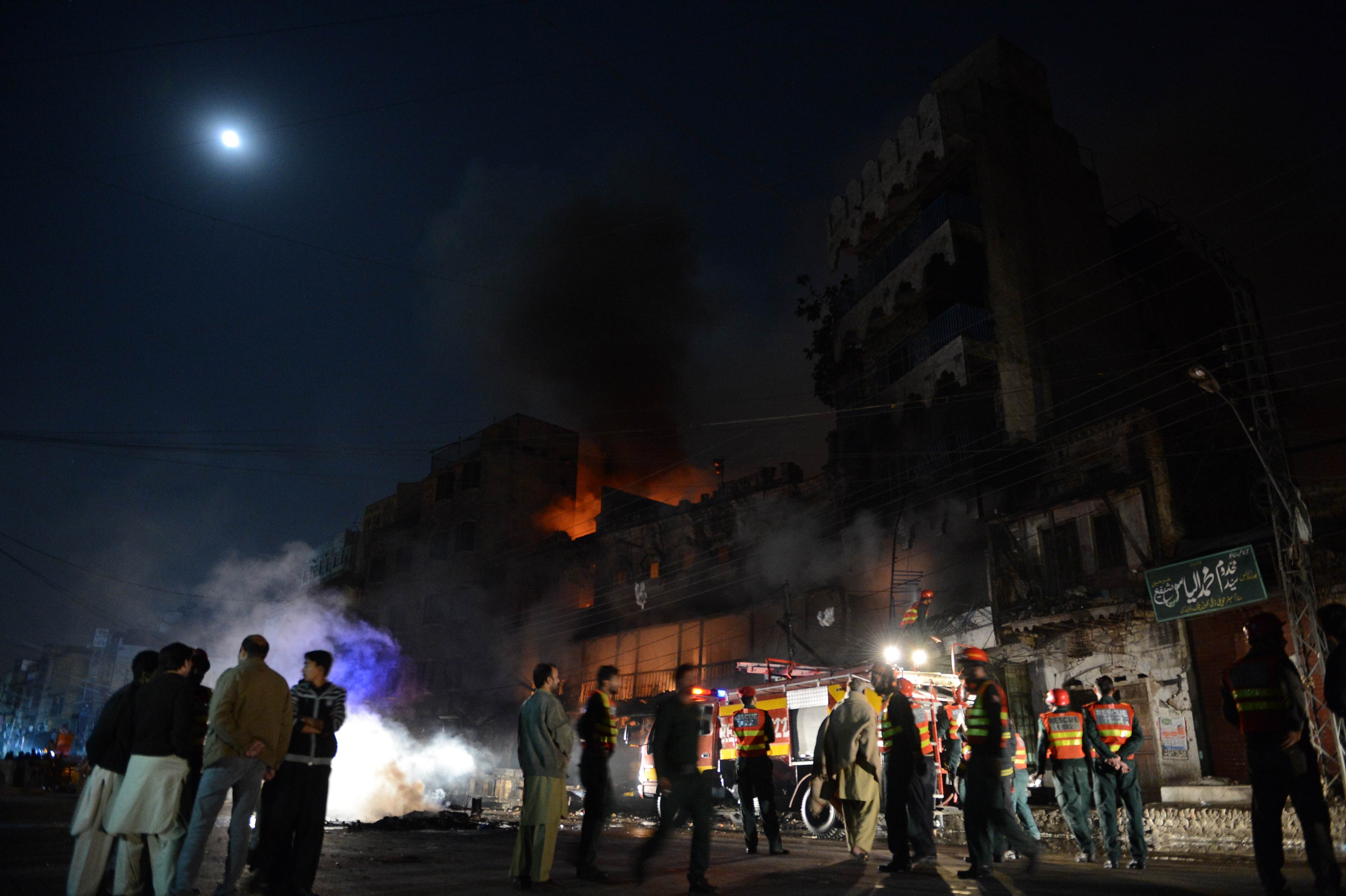 It was around 1:30pm. The Ashura procession had reached Fawara Chowk near Raja Bazaar in Rawalpindi when cameraman Muhammad Asif*, who was supposed to cover the event for a local news channel, heard that something was about to happen between the Shias and the Deobandis near madrassa Dar Ul Uloom Taleem Ul Quran, a leading seminary in the city.

"I rushed to the spot, around 300 metres ahead of the procession. I saw some young mourners agitated for they had issues with the hate speech beaming from the loudspeaker of the seminary during the Friday prayer sermon," he told TNS.

Asif did not hear anything with his own ears but some journalists present on the spot told him that "one of the Mullahs of the seminary used some inappropriate words for Imam Hussain and the incident of Karbala".

The young mourners started gathering in the vicinity of the mosque and started chanting "Labaik Ya Hussain". The prayer leader and the police asked them to stop raising slogans in view of the Juma prayers being offered in the mosque. "They stopped for a few minutes but then some more youngsters joined them and they again started raising slogans. Meanwhile, worshipper offered their prayers and left the mosque. The prayer leader again took to the loudspeaker and tension started rising," Asif says.

The main procession was still around 300 metres away from the madrassa. According to Asif, around 2pm, "the first stone was thrown probably from the roof of the mosque on the mourners. The mourners also started hurling stones on the seminary; later some of them snatched rifles from the policemen and started firing at the mosque. Some of them successfully broke the main door of the Madina Market situated below the mosque and madrassa."

He says the mourners then set the shops on fire. "They used the petrol from the generators which were being carried with the procession for loudspeakers. Some of them also entered the mosque," Asif recounts.

It was a dreadful scene; there was blood and dead bodies inside the mosque. Majority of the eyewitnesses believe the police and administration could have averted the incident.

Within hours, news of all kinds started pouring in and the discussion on the social media went wild in a way that no distinction was maintained between actual news and rumours. Fake news and photographs went viral on Twitter and Facebook, only aggravating the situation. Most people still believe that more than a hundred people were killed in the incident.

With more than 200 shops being burnt down that day, the traders of the area were the worst hit. "I recall requesting the police officers to depute their personnel at the main gate of the market but they didn’t bother. There were at least 40 policemen present at that time but they all fled," tells Sharjeel Mir, president Rawalpindi Traders Association.

"The charged crowd set the whole market on fire in front of me and there was nobody to stop them. Around 4pm, some fire brigade vehicles tried to reach the spot but the crowd stopped them. I stood in front of the crowd and asked them either to allow the fire brigade to pass or kill me as well. In less than 10 minutes I succeeded in making way for the fire brigade," he says.

The administration imposed curfew in Rawalpindi at about midnight but could not stop the burning of six Imam Bargahs in the neighbourhood. The rioting spread to some other cities the next day but most of these incidents were controlled only with the help of the army.

A senior police official in Rawalpindi tells TNS at least four superintendents rank along with several other personnel were present on the spot but they could not take any decision. "Police failed to react in time. It was decided that the procession would not reach near the madrassa before 4pm, then how come the mourners were allowed to gather there during the Friday prayer sermon. It also didn’t stop the prayer leader in the mosque from giving hate speech in the name of sermon. There was mischief from both sides and it was the job of the police to stop," he says.

The official believes the police was afraid of taking action as it doesn’t have political support, and is marred by frequent political interference. Not to forget the lack of training to counter such situations.

Raja Bazaar and the surrounding neighbourhoods of Rawalpindi constitute the old city where people belonging to different sects, ethnicities and backgrounds have been living together since generations. Almost every second street of the older city has an Imam Bargah and mosques of different sects. The Deobandi seminary, Madrassa Dar Ul Uloom Taleem Ul Quran, was built in the area before partition, while the tradition of Ashura processions is even older.

The seminary has always been a flashpoint for the Ashura procession. Both sides as well as the government agencies were well aware of the situation. "Even last month, when the Punjab government convened the meeting in which security arrangements for month of Muharram were reviewed, it was mentioned that Rawalpindi and Gujrat could be flashpoints this year," an insider tells TNS.

Maulana Mustafa Baloch, Rawalpindi-based deputy information secretary of Ahl-e-Sunnat Wal Jamaat (ASWJ) Punjab, terms the incident a conspiracy against the madrassa. "It has a known history. The seminary always played an important role in different religious and political movements. It was a fortress of Islam against ‘batil forces’," he says.

He too questions the role of police and administration. "Everybody knows it was a sensitive point. The administration should have ensured the procession did not reach there at the time of Friday prayers. It is true there are some differences between us (Deobandis) and Shias regarding the martyrdom of Hazrat Hussain but it was the duty of the administration to bar the loudspeaker."

It has been a tradition that the civil administration and police take the local political and religious notables into confidence before Muharram in order to make sure things remained peaceful. But for the last five years or so, under Chief Minister Shahbaz Sharif, this tradition has not been followed.

A local political worker from the neighbourhood where the elders of the Shia community used to lead the Ashura procession recalls: "This year, the Shia youth were allowed to lead the procession while the administration could not stop the use of loudspeaker at the seminary. Back in 1988, when the Ashura also fell on Friday, the administration with the help of elders of the Shia community managed to stop the procession 500 metres away from the mosque for two hours."

A parliamentarian of PML-N from Rawalpindi also tells a similar story. "The Chief Minister Shahbaz Sharif was more interested in distributing dengue-related literature in the Muharram procession than anything else. Rawalpindi division was being monitored by Rana Sanaullah who is from Faisalabad and Raja Ashfaq Sarwar from Murree with the help of bureaucracy. They are both considered to be close to banned outfits.

"No second tier leaders of the PML-N were allowed to intervene or consult the leaders of other political parties. Interior Minister Chaudhry Nisar Ali Khan is omnipowerful in Rawalpindi division but we did not see him trying to play a role during the tense situation."

Tahir Malik, an Islamabad-based political commentator who has lived in the neighbourhood for three decades, tells TNS the incident symbolises a total failure of Shahbaz Sharif model of centralised governance system. "He turned an administrative flaw into a sectarian incident by inviting people of banned outfits to help the government cool down the situation. It has not even been able to give the actual number of dead in the incident," he says.

Maulana Tahir Ashrafi, leading Deobandi religious scholar and head of Pakistan Ulema Council, tells TNS it is high time the government decided whether it wants to support peaceful forces or extremists. "We managed to calm down the situation in Multan and Chishtian but, unfortunately, the government did not allow the peaceful forces to play a role in Rawalpindi." 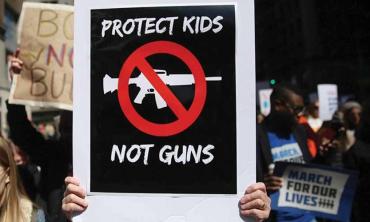 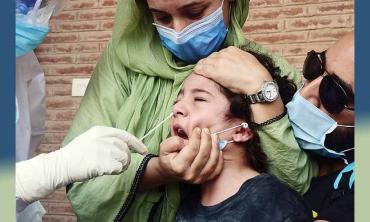 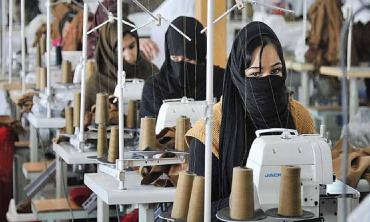