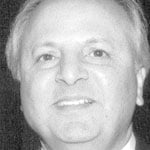 The PTI’s fourth budget, presented by its fourth finance minister, is mostly more of the same. Glancing through the last 10 pre-pandemic budget speeches, including the one presented by Finance Minister Tarin during the PPP regime, one gets the feeling that the Ministry of Finance’s speechwriter hasn’t changed over the last decade.

There is so much similarity in the speeches that they would fail the plagiarism test. The same clichés, the same lofty objectives and the same profuse accolades – except the leaders receiving the accolades were the Bhuttos and Zardari during the PPP term, Nawaz Sharif during the PML-N’s term and Imran Khan now. In fact ministers Hafeez Shaikh and Shaukat Tarin have the unique honor and distinction of profusely showering adulations on arch enemies – (former) President Zardari and PM Imran – in their budget speeches!

So, what does one make of the FY21/22 budget? But before that, it would be useful to get a perspective of the budget targets. Every budget document provides targets for GDP growth and fiscal deficit for three years – for the budget year and the following two years. On average, over the last 10 years (pre-pandemic), the actual GDP growth for the budget year was 20 percent lower than the target and fiscal deficit was 30 percent higher than the target. When the target projected for the third year is compared to actual achievements three years later, the ‘unreal feel good’ projection loses even more credibility – actual growth was 40 percent lower than target, and fiscal deficit was 60 percent higher than target.

Nothing fundamental has changed at the Ministry of Finance. If anything, the key cast of characters have been reincarnated from a decade back – but they are ten year older. If history is any guide, one would take with much scepticism the projected ‘feel good’ growth and deficit targets for FY 21/22 and beyond.

Another reason one would have doubts about the growth numbers is that some of the data, especially for agriculture and services, is prone to errors and in the realm of fiction. For example, glancing through the Agriculture Chapter/Appendix of Economic Survey, in FY20/21 the livestock sector, which is 60 percent of the agriculture sector, shows an annual increase of 100,000 ‘asses’, five million cattle and sheep, and cow urine production of 425,000 tons.

Now turning to the Good, Bad and Ugly of the budget measures. There are some very good steps, including: increase in the Ehsaas budget, administrative steps to reduce taxpayers hassles, more funds for the development of dams and the agriculture sector, and a higher overall development budget. There is a little bit for every business sector – those business groups that had more access to corridors of power got more concessions. The tax incentives will certainly increase growth, but will it be sustainable in the absence of reforms?

There does not appear to be any fundamental change in tax policy – indirect taxes still make up 60 percent of taxes. Some tax breaks for the rich – for example, interest free loans for tractors used by rich farmers, lower tax rates on small cars, reduction in capital gains tax on shares – are unwarranted. Power sector subsidy is still around Rs600 billion, and the deep reforms needed to turn the sector around are missing.

Although the PSDP has been increased, it is unfocussed and not selective. Every department has been given funds. Funds for dams are still only 11 percent of the PSDP, and lower than funds for roads. The fiscal deficit is being lowered by a doubling of provincial surplus and including an unrealistic target for privatization proceeds.

The big disappointment is the absence of a credible plan to get out of the debt trap, fix the power sector and SOEs, and lower trade deficits in future. In the absence of reforms in these critical areas, a band-aid and populist budget will simply lead to a repetition of history – a few years of growth, followed by a crash. Without Deep Reforms, there is no Permanent Gain – and growth will be temporary. Several initiatives must be taken to put Pakistan on a sustainable growth trajectory.

First, the toxic political environment and the politicized and unsubstantiated witch hunt by NAB must end. Pakistan will not come out of its crisis if these impediments continue.

Second, the government should consider imposing a limited duration (3-5 years) wealth tax on the rich. Pakistan’s rich have made huge contributions to Pakistan and are its economic powerhouse. However, given rising inequalities and erosion of the income of the poor and middle classes, now is the time for the rich to help out by sharing some of their wealth to bring down debt.

Three taxes are proposed: (i) wealth tax on individuals who own assets (homes, land, shares, vehicles) over, say, Rs200 million. The threshold would be progressively lowered; (ii) wealth tax on dividends over Rs10 million; and (iii) excise duty of Rs1-2 on each share sold or bought on the PSX.

With a daily turnover of around one billion shares, the government could, with the stroke of a pen, raise about Rs300-400 billion annually. This tax will certainly stifle the PSX index, but not the overall economy. It will hurt the 40-50 thousand super rich that participate in the stock market. These taxes would not dampen the overall economy, except for forcing the rich to temporarily curb their luxury consumption. These taxes would be easy to collect, compared to the broadening of the tax base, and should be earmarked to pay off our public debt.

Third, the government must reach out to the opposition to agree on politically contentious reforms of the NFC, privatization of SOEs, population growth, and irrigation water use. These four reforms are far more critical to Pakistan’s future than trying to recover ‘unsubstantiated looted wealth’. The government should focus on steps to prevent mega corruption in the future, and overhaul NAB which is now excessively politicized and publicity seeking.

Finally, the tax and policy incentive structure must be reformed so that in three or so years there is ‘herd migration’ of businesses towards exports. Exporting must be more profitable than domestic business for Pakistan to become an export-oriented country. Unless this fundamental change takes place, every time we have a few years of growth, imports will far outstrip exports and we will run into a foreign exchange crisis. While workers’ remittances have increased, we still don’t know whether these are permanent increases, considering that there has been worker retrenchment in the GCC, and new job opportunities are fewer. Hence, rapid export growth arising from herd migration is critical to achieving sustainable growth.

Compared to PPP and PML-N leaders, PM Imran is more keen on Tabdeeli. But he is running out of time. He is touching 70 years – the majority of the heads of government are now in their 40s and 50s – and three times older than the median age of Pakistan’s population. For Pakistan’s future, and to leave a permanent legacy, he must take bolder steps in this and the next budget. And not simply formulate a budget to win the next elections, by which time he will be too old to effectively handle the difficult task of managing and reforming a fractured federation.