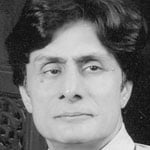 The history of US-Pakistan relations is as intriguing as can be. From the pretension of being non-Nato allies to being partners against common (and not so common) causes to being labelled as ‘liars’ and ‘deceitful’ to being requested for facilitating negotiations with the Taliban to finalise an honourable US exit from Afghanistan – it is a history lavished with uncertainty and acrimony interspersed with short bouts of harmony and cooperation. Transactional as it is generally referred to, the bilateral relationship has transited from those early and eager days to one that would exist among reluctant partners.

Back in the formative days of Pakistan’s existence as an independent country, its avowed espousal of a democratic polity convinced its leaders to stretch their hands across a few thousand kilometres to initiate a friendship with the US that was to keep changing in nature, significance and efficacy ever so often, but never settling down to one that could be looked upon with any measure of confidence and trust. The changes kept recurring in phases, each different in nature than the previous one or the one that would follow.

Through all these trials, one was only guessing what the next one would be like, or whether it would transcend the bitterness that the previous one had generated. Though I have been a critic of our foreign policy, it must be conceded that, for this one relationship, we were not as much to blame as the other party. This cost Pakistan dearly in terms of lack of continuity in the fledgling and difficult days of its existence when having friends one could trust was a key and priority need.

Whether it was Pakistan’s association through the Seato and Cento pacts in the fight against communism or, in later days, as a partner in the jihad against terrorism, it was always the US that dictated the nature and terms of the relationship. In the event of disagreement concerning policy objectives or the direction expected of the bilateral engagement to take, periodic strictures were imposed which proved extremely detrimental to Pakistan’s core interests. The relationship somehow tottered along enduring the increasing tremors, but the seeds of mistrust were sown rather early – impacting its growth along healthy and sustainable lines. Interaction would be renewed conveniently whenever the US needed Pakistan’s assistance, but it never focused on building sustainable trust between the two countries.

With time it became clear that this relationship could not transform into one that would exist between two sovereign countries. Somehow, it always had the appendages of one that a powerful country would maintain with a weaker one. Thus, Pakistan always remained at the receiving end of a dominating country’s priorities. In the process, its own interests were gravely compromised.

It is this history which is repeating itself. The US and Pakistan are at the crossroads again, with the former understandably engaged in efforts to secure a drone base on Pakistani soil to conduct follow-up operations after it has withdrawn troops from Afghanistan. There has been much speculation on whether the US has actually made the request and, if so: what has been Pakistan’s response? It has now emerged that the possibility of Pakistan agreeing to such an arrangement for sustaining counterterrorism capabilities inside Afghanistan has been rejected. Yet, somehow, the US side appears unrelenting in giving up on its bid to secure the desired facility and drag Pakistan into an unmanageable mess.

There is another dimension to the situation that is not quite understood by the US. Or, maybe it does not want to understand it because it undermines its egoistic pretensions. This pertains to Pakistan’s relations with China which have not only sustained the test of time under the most daunting circumstances but have continued to grow and become stronger and sturdier with the passage of time. This demonstrates a key constituent of difference between Pakistan’s relations with the US on the one hand and China on the other. The former has been an up and down thing, never quite entering a stable phase, but the latter have only grown in magnitude with time and have today become Pakistan’s bedrock of strength and pride.

The strategic and economic objectives of the two countries converge on the basis of mutuality of interests leading to cooperation and collaboration which is based on the cardinal principle of unshakable bilateral faith. No contrast could be more striking than the one defining Pakistan’s relations with these two countries. As a matter of fact, there has been ceaseless pressure exerted by the US through multiple channels urging Pakistan to contain its growing relations with China, particularly slowing down the expansion of the CPEC.

Then there is the Taliban factor which has grown more daunting with time. They are virtually knocking on the doors of Kabul. In the absence of an agreement between the stakeholders, which now looks more probable than before, they may venture for a take-over of the capital leading to rapid intensification of violence and instability which could also result in mass exodus of refugees filtering across the border. This would cause a mammoth humanitarian crisis requiring close and substantive collaboration between Pakistan and other countries and international organisations to address. In the ultimate analysis, it is Pakistan which will have to contend with such an eventuality on its western border that, besides other factors, would require a tactful and sagacious handling of its affairs with the Taliban.

Pakistan has come far from giving the US “nothing but lies and deceit” and thinking of their leaders as “fools”. These charges only reflected an evolving process for Pakistan to let its own interests take priority. It is an unmistakable sign of maturing which has now taken a deep hold. Of course, like Europe and the rest of the world, Pakistan would like to have mutually beneficial relations with the US also, but this cannot come at the cost of its interests linked with other friendly countries. Understandably, this is a major deterrent to the prospect of improvement of the US-Pakistan bilateral relations.

It is not a question of once bitten twice shy. The wounds are multiple, and these are deeply inflicted. Keeping the chequered history in mind, thinking of giving a drone base to the US at this juncture for sustaining counterterrorism operations potential inside Afghanistan would come at a huge and untenable cost which should rather be avoided.