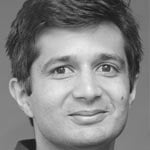 ISLAMABAD: Former prime minister Nawaz Sharif’s exit from Pakistan is a "mockery of the system", said the Islamabad High Court (IHC) on Wednesday.

The court passed the remarks after Additional Attorney General Tariq Khokhar presented a compliance report on Nawaz Sharif's arrest warrants issued by the high court. The report was submitted to the two-member bench, comprising Justice Mohsin Akhtar Kayani and Justice Aamer Farooq, hearing the petition filed by the former prime minister against his sentence in the Avenfield apartments case.

The court said that it needs to be determined if Nawaz Sharif was evading court proceedings on purpose. The additional attorney general while briefing the court on the attempts made to arrest Nawaz Sharif said that Rao Abdul Hanan, an officer of the Pakistan High Commission, visited the residence of the PML-N supremo in London. He added that Eddie, the person at the apartment, "refused" to receive the arrest warrant.

“Every effort was made to enforce Nawaz Sharif's arrest warrant,” the government's lawyer told the court. He also read Hanan's statements regarding the arrest warrant. After Tariq Khokhar’s explanation, Additional Prosecutor General of the National Accountability Bureau (NAB) Jahanzaib Bharwana informed the court that they were aware of the attempts made to arrest Nawaz Sharif.

“This means that they (Commonwealth office) are not ready to assist us,” observed the court. It added that the court has to be satisfied with evidence that it did its best to comply with the warrants.

“The purpose of all this exercise is that when the accused comes tomorrow he does not say that he did not know (about the warrants),” remarked Justice Kayani. He then added that the accused knew that he had defeated the system to leave the country.

“He (Nawaz Sharif) must be sitting there laughing at Pakistan's system. It's a shame,” observed Justice Kayani, according to Geo News. He added that the court will issue a verdict on the matter. The court also observed that the federal government should also take care “from now on” who it can allow to leave the country. It also remarked that the time spent on delivering an arrest warrant to an accused could have been spent on providing relief to other litigants.

“The court, the government, the Foreign Office and the High Commission are jointly executing a single warrant,” observed the court. The bench questioned that whether it could write in its orders that the accused was hiding somewhere when he was making speeches. The court observed that it would move forward its proceeding under legal procedure.

The hearing of the case was adjourned till October 7 as the IHC ordered that the statement of the High Commission’s counsellor, Rao Abdul Hanan will be recorded in the next proceedings via a video link. Meanwhile, the same bench accepted the NAB appeal for hearing regarding cancellation of Nawaz Sharif's bail in Avenfield property case.