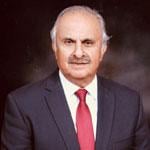 Looking back at security

Walter Lippmann (1889-1974) was a famous American writer who introduced the concept of the 'cold war. He was also a member of the post World War I Board of Enquiry ordered by the then US President Thomas Woodrow Wilson. While defining national security, Lippmann said, “ A nation has security when it does not have to sacrifice its legitimate interests to avoid war, and is able, if challenged, to maintain them by war".

National security is not only confined to ensuring the territorial integrity of a state; it has a very wide canvas. Broadly speaking, it has both external and internal dimensions. Externally, you not only keep the hostile military forces at bay but also defend your sovereignty and political independence by not allowing any coercion by the foreign powers.

At the time of the creation of Pakistan we inherited a modest military contingent with absolutely zero defence production infrastructure because all 16 ordnance factories functioning in India at that time were not located in East or West Pakistan. Every civil and military ruler of Pakistan, therefore, made tremendous endeavours to make our defence formidable against any foreign aggression. Acquisition of nuclear capability was also a defensive measure after Indian aggression in East Pakistan in 1971 and subsequent nuclear explosion in 1974.

Undoubtedly, all Pakistani politico-military leaders who ruled Pakistan after the fall of Dhaka conceived and nourished the idea of nuclearisation of Pakistan, and get the credit for this extraordinary national security measure. The culminating decisive role was however played by Mian Muhammad Nawaz Sharif who was confronted with a situation of now or never. Had he buckled under pressure and not taken this crucial bold decision testing our nuclear capability in time, we would have been under tremendous pressure to roll back our programme. Today Pakistan’s defence is perfect and our potential enemy cannot dare ingress into our territory as they did in the Lahore and Sialkot sectors in September 1965.

As regards the internal dimensions of national security, these are numerous and equally crucial if not more. These include economic security, energy security, security against terrorism, food security, water security, cyber security and the ever aggravating climate challenges.

Pakistan's internal situation undoubtedly was the worst in the Gen Musharraf era when there were serious attempts made even on his life. Later, the PPP government (2008-2013) conducted the Swat operation successfully. When the PML-N took over the government in 2013, our national security challenges were still very high. Target killings in Karachi, bomb blasts in almost all populated cities on a daily basis, suicide attacks on army convoys and even in mosques – this and more had become routine. Not to speak of foreign investments, investors were not even ready to visit Pakistan. Human lives and properties were all unsafe. The situation was so grave that even the annual national parade could not be held.

Comprehending the gravity of the situation, Nawaz Sharif as PM immediately called an important cabinet meeting in Karachi on September 4 and 5, 2013 where it was revealed that 13,000 people had already fallen prey to target killings in Karachi alone since 2001 while 33,000 had been injured. One third of the casualties unfortunately pertained to our law-enforcement agencies. Nawaz Sharif held numerous Apex Committee meetings in Karachi which were attended by the interior minister, intelligence heads, governor, PPP CM, corps commander, DG Rangers and the police chief. Karachi was thus transformed into a peaceful city. In an apex meeting in Khyber Pakhtunkhwa, it was revealed that from 2008 to 2013, around 2500 people had been torn apart in over 350 US drone attacks in our tribal belt; these included many innocent civilians.

The PML-N government took immediate measures including launching Operation Zarb-e-Azb in North Waziristan in the very first year of coming into power, and later in the Khyber Agency also. Our brave army under the towering leadership of en Raheel Sharif broke the back of terrorism. An APC was called to finalise the National Action Plan after the horrific APS massacre. Later, in February 2017, Operation Raddul Fasaad was also launched under Gen Qamar Javed Bajwa. PAF pilots also played a critical role in destroying terrorist nests. Our navy kept monitoring the 1100 km long coast-line.

All this dramatically controlled the security situation and suicide attacks and bomb blasts almost became a story of the past because of the extreme sacrifices of the entire nation and all the institutions under the leadership of the PML-N government. This surprised even some of the foreign powers. The French president asked PM Nawaz on the sidelines of a conference in Europe how it was made possible and how Pakistan could help France in that context.

The second major contribution for national security by the PML-N government was to overcome the energy crisis and gas shortages with amazing speed. To get rid of daily 20-hour loadshedding in a minimum possible time was undoubtedly a very tall order for any government. Energy plants in Punjab were completed with lightning speed. Chief Minister Shahbaz Sharif’s dynamism played a pivotal role in this context. This along with quick arrangements by Shahid Khaqan Abbasi for the induction of LNG from Qatar to overcome gas shortages turned the tables and the miles-long queues at CNG stations disappeared. The then finance minister, Ishaq Dar, did a superb job in keeping the economy on track and meeting all the defence needs for the counterterrorism operations being conducted for national security. This had a healthier impact on our industrial and agricultural growth.

The master stroke of the PML-N government under Nawaz Sharif, however, was the finalisation of CPEC projects with the Chinese leadership. The Chinese president told Nawaz Sharif that CPEC was a personal gift for him. This really was the game-changer which gave confidence to investors, raised Pakistan’s image and boosted much-needed economic activity in the country. As a result, GDP shot up to 5.8 percent (now heading to minus point 4), the size of the economy swelled from $280 billion to $315 billion dollars (now shrunk to $264 billion), revenue collection increased by 100 percent from Rs1900 billion to Rs3850 billion (now stagnant), inflation went down to less than 4 percent (now 12 percent) and large-scale manufacturing registered growth. Similarly, the development budget was raised to about Rs1.1 trillion. These indicators boosted national morale and fortified national security.

Brig Asif Haroon Raja, director Measac Research Centre and chairman Thinkers Forum Pakistan sums up the PML-N's contribution to national security in these words: “....the feathers it added to its cap were overcoming the energy crisis by adding 12000 MW electricity in the national grid and ending 20-hour loadshedding, tackling gas shortage, controlling rural and urban terrorism, launching the biggest development programme, lifting GDP to 5.8 percent and above all signing the historic CPEC agreement with China.....All these achievements were made in spite of [the] politics of agitation of the PTI and PAT....”