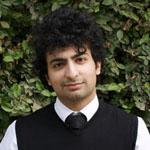 If we want our country to prosper and gain respect on the global stage, if we want it to be better than what it is today, if phrases such as ‘hope’ and ‘change’ are to be more than just empty platitudes, then it should be unacceptable for our public officials to hold certain views.

While an exhaustive catalogue of such views may not be possible to compile, we can outline a few based on simple common sense: misogyny and body-shaming women; love for Hitler (shudder), and glorifying convicted terrorists. For those with some sense and empathy, this sentence states something that falls within the realm of the obvious. But the PTI seemed to miss the obvious or disregard it altogether by appointing Fayyaz Chohan as the Punjab provincial minister for information and culture.

In what can only be described as an avalanche of vulgarity, Chohan has shown that he was completely unfit to bring Pakistan into the 21st century. His crude speech against actresses, showing his desire to impose his moral standards on how women should be portrayed, resulted in an almost immediate public backlash.

Undeterred, Chohan proceeded to issue a notification banning ‘vulgar’ billboards outside cinema halls in an act that reflects pure moral policing. It seems that what is morally right and wrong for the people of Punjab is now entirely in the hands of Chohan. His views aren’t just misogynistic. Chohan stated on his Twitter profile that Hitler was one of his favourite personalities. In one video, he can be seen singing praise for the convicted terrorist Mumtaz Qadri.

My question is: what does it take for someone to not be eligible for public office in Pakistan? If supporting Hitler, praising the murderer of a former Punjab governor, and making misogynistic and vulgar remarks against women aren’t enough, then what is?

For critics of the PTI, Chohan’s appointment is a vindication of the view that the PTI is facilitating right-wing fanaticism. PTI supporters, though, have called Chohan an aberration and insist that the people of Pakistan should trust Imran Khan to deliver on his promises. But it is difficult to see Chohan as an aberration, simply because the PTI would never appoint someone as a minister if they thought it would hurt their electoral base. Chohan’s appointment seems to suggest that misogyny, moral policing, and idolising fanatics is no big issue for the PTI’s core voters. It is hard for me to believe that I have to actually say this, but people with such views should not be allowed within a 100-foot radius of any public office.

For those who are still confused, let me explain, as best as I can, why those who try to police our morals can be problematic for our country’s future. It isn’t vulgarity that causes the death of hundreds of women in the name of ‘honour’. It isn’t vulgarity that causes terrorists to target schools and burn them to a husk. It isn’t because of our love for Indian cinema that massacres happen in Mastung. And, it certainly wasn’t because of obscenity that nearly a hundred lawyers were killed in Quetta. It was fanaticism – the belief that one unquestionable moral principle should prevail over all others. It was an extreme form of moral policing.

All of us, as citizens of Pakistan, know this. Then why are some PTI supporters still throwing their weight behind Chohan, and why is he still in office? Can support for a political party not exist without fanatical approval of every decision it makes?

It is almost as though those who have supported the PTI for so long cannot bring themselves to face the moral conundrum that appointments like those of Chohan force them to face. But face them we must, because that is why most people voted for the PTI in the first place: to upturn the status quo and bring change from the Rana Sanaullahs of the past. Of course, previous politicians did much of the same things that Chohan is doing. But the PTI wasn’t supposed to be like previous political parties.

No individual who supports and approves of mass murder, misogyny and moral policing should be made the minister for information and culture. In his current position, Chohan is supposed to represent the PTI’s image to the people of Punjab. So far, it is a crass and extremist image. I, for one, cannot support someone like Fayyaz Chohan. My question to others who support the PTI is: can you?

The writer is a lawyer based in Lahore and also teaches at LUMS. He holds an LLM from New York University where he was a Hauser Global Scholar.