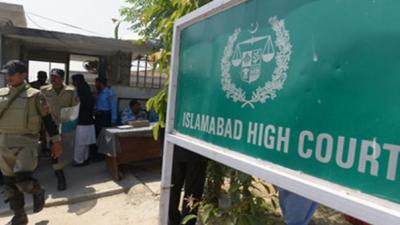 The federal government had challenged the Election Commission of Pakistan (ECP) decision to suspend the Farmer’s package in the Islamabad High Court (IHC).

On September 30, the ECP had announced that Prime Minister Nawaz Sharif’s Farmers’ package was in violation of the electoral code. The ECP decided to stop implementation of the package till the 3rd of December.

The petition filed by the federal government had stated that the purpose of the Farmers’ package was not to influence voters in the local bodies elections.
It further added that the package was suspended by the ECP without hearing the stance of the Finance Ministry and Planning Division.

According to the federal government the ECP could not stop it from fulfilling its constitutional and legal responsibilities and this package is not related to the local bodies elections in Sindh, Punjab and Islamabad.

The petition had called for the ECP’s suspension to be declared null and void and for a stay order be issued.

PM Nawaz had announced on September 15, a comprehensive Rs341 billion relief package for farmers, with special cash relief for cotton and rice cultivators.

Addressing a gathering of farmers at the Jinnah Convention Center, the prime minister said he felt the pain of peasants and farmers and wanted to announce the relief package without any delay.