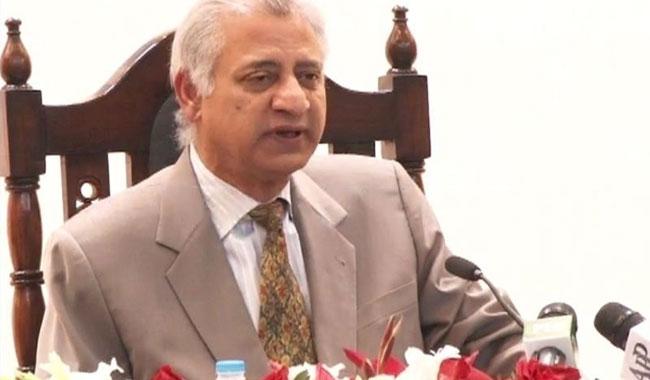 ISLAMABAD: The State Bank of Pakistan (SBP) has frozen bank accounts of over Rs1 billion as they were allegedly being used for financing terrorism.

This was disclosed by Governor SBP, Ashraf Wathra and his team at a press conference here on Wednesday.

Wathra said 121 bank accounts of more than Rs 1 billion were frozen over evidence of being used for funding terrorist activities in the light of a resolution of United Nations Security Council (UNSC).

In order to choke the funding of terrorists, he stressed the need for making the National Counter-terrorism Authority (NACTA) functional besides enhancement of cooperation between federation and provinces.

He said effective measures were being adopted for putting tabs of transfer of money through ‘Hundi’.

The SBP Governor further said that about 20 to 30 percent imports were taking place without the letter of credit (LC). “We are binding such importers to identify their sources of funding,” he added.