Energy saving measures to be implemented in Islamabad and Punjab 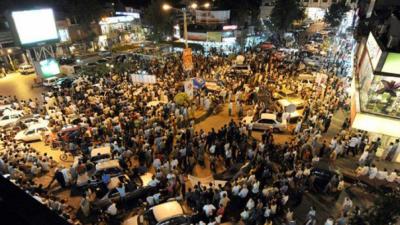 ISLAMABAD: Prime Minister Nawaz Sharif on Wednesday chaired the meeting of the Cabinet Committee on Energy.

During the meeting it was decided that wedding halls in Islamabad would be closed by 10 PM, markets at 8 PM and restaurants by 11 PM as a measure to save electricity. The meeting further decided that the same patter would be implemented in Punjab.

Ministers were directed to hold meetings with Chief Ministers and brief them on the need of conservation measures.

The production of energy efficient electronics products would be encouraged while the committee also approved the energy audit and conservation awareness in industries.

Prime Minister Sharif directed that Liquefied Natual Gas (LNG) based projects should be completed within their timelines.