Tahira Khatoon passes away in Texas 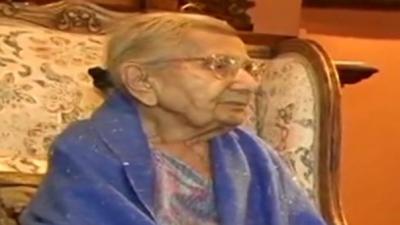 DALLAS: Tahira Khatoon, mother of Pakistani-American entrepreneur and philanthropist, Javaid Anwar, who is also the owner of Midlan Energy, has passed away at the age of 91 in Midland Texas.

The remains Tahira Khatoon were brought to Dallas by her son in his private jet for burial. Her funeral prayers were offered at Islamic Center of North Texas in Richardson Texas and she was laid to rest at a Muslim cemetery of Restland by her husband’s grave.

Her funeral was attended by a large number of Pakistani American community members from all over Texas.

Later, Dr. Arjumand Hashmi hosted a reception at his residence for people in attendance at the funeral.

The deceased Tahira Khatoon had donated generously in charity to Edhi Trust, APPNA and to educational institutions set up by TCF.

She also issued big grants in dollars to University of Texas Austin. She spent her wealth munificently towards the cause of education and supporting children with talent.

She played a major role in the success of Syed Javaid Anwar through her hard work in Karachi where she raised her son.