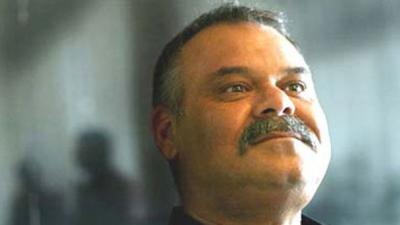 BRISBANE: Zimbabwe are pinning their hopes on coach Dav Whatmore´s inside knowledge of Pakistan´s talent and well-known frailties when the teams meet in the World Cup on Sunday.

Whatmore was at the helm of Pakistan for two years from 2012.

But the much-travelled coach was signed up by Zimbabwe for the 2015 World Cup and has so far overseen a win over the United Arab Emirates and two losses to South Africa and West Indies.

Defeat for either side at Brisbane´s Gabba ground on Sunday is likely to be fatal to their hopes of reaching the quarter-finals from Pool B.

Zimbabwe captain Elton Chigumbura believes the 60-year-old Whatmore, who coached Sri Lanka to the 1996 world title, knows where Pakistan are at their most vulnerable.

"He knows almost everyone on the team, so when it comes to strategies and stuff, it´s much better to have someone who has been working with Pakistan guys," said Chigumbura.

"So we´ve got more information. We just have to go and execute our plans tomorrow.," he added.

"He´s brought a lot of positives into the team, and everyone is comfortable in the way he´s sharing his experience, it´s been good," Chigumbura said of Whatmore.

"Everyone just wants to express themselves and play the best cricket that they´re capable of."

Zimbabwe have serious concerns over their own bowling attack, having been punished in all three matches so far.

West Indies, on the back of Chris Gayle´s World Cup record double century, piled up 372, South Africa helped themselves to 339 while even the amateurs of the UAE managed a respectable 285.

"Yeah, these couple of days we´re working hard on finishing off with the ball," said Chigumbura, concerned by the runs his bowlers have been giving away in the closing stages.

"Hopefully, tomorrow we can execute our plans. Obviously it was a big concern looking at the games that we´ve played and where we didn´t bowl well." (AFP)