Sacrifices of APS schoolchildren will not go to waste: Malala 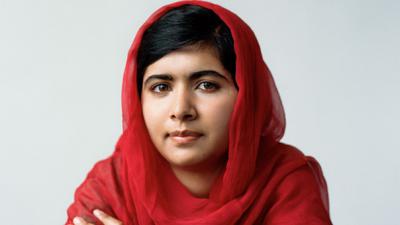 KARACHI: Pakistani Nobel Peace Prize laureate Malala Yousufzai on Saturday said that the sacrifices of over 130 schoolchildren shot dead by Taliban militants at Peshawar’s Army Public School will not go to waste.

Malala – the youngest-ever recipient of the Nobel Peace prize who herself survived being shot in the head by a Taliban gunman in her native Swat – said that the December 16 attack by the Pakistani Taliban on the Army Public School was an act of sheer brutality against innocent children.

“If there is anything that the nation can give its children, it should be the gift of peace,” she said while speaking via video conference to an audience attending an event organized by Citizens for Democracy at the Karachi Arts Council.

“I speak for education, and it is my wish that every boy and girl receive education. This is why I started working when there was terrorism in Swat and when I could not go to school myself. So I raised my voice,” she said while speaking via video conference to an audience at the Karachi Arts Council.

She said that the task of making education accessible for all should not be left only up to the government.

Everyone will have to play their part to achieve this, she said.

The teenage education activist urged children everywhere to speak out against injustice.

“I would like to tell children everywhere to raise their voices whenever they see injustice in their own society, neighborhood, or household,” she said.

“There is power in your voice – it can change society if you dare to raise your voice (against injustice),” she said.
Malala announced that she was setting up a model school in her native Swat valley, and vowed to continue her support of educational initiatives.