Opposition to mark Jul 25 as black day over ‘poll rigging’ 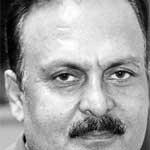 ISLAMABAD: An All Parties Conference by the opposition, here on Wednesday, decided to remove Senate Chairman Sadiq Sanjrani through constitutional procedures and also agreed to observe July 25 as “black day” against “rigged general elections” of 2018.

He said the APC slammed the government’s “anti-people” budget and also agreed to launch a mass contact campaign in all four provinces later next month to garner public support against the government’s callous policies.

He further said opposition parties had decided to quit the parliamentary committee which was assigned to probe alleged rigging in the 2018 general election. The JUI-F chief said the APC also rejected the formation of the Commission of Inquiry, which is tasked to probe how the nation’s debt swelled from Rs6,000 billion to Rs30,000 billion during the past two regimes, and termed it an attack on parliament. The parties called for the constitution of a parliamentary panel to probe how the foreign loans were spent since 2000, he added.

The opposition parties, he added, also dismissed the establishment of the National Development Council, noting that there was no need for such a body in the presence of the National Economic Council, and called for it to be abolished forthwith.

He said the opposition also described references on a “political basis” as an attack on the judiciary and called for the withdrawal of such cases, and also called for reforms in judiciary, he added.

The APC also rejected “one sided” accountability process and called for across-the-board accountability, he said, adding the opposition parties also condemned moves to weaken parliamentary system through alleged attempts to tamper with the 18th Amendment.

Maulana Fazlur Rehman said the APC condemned alleged restriction on meeting incarcerated former prime minister Nawaz Sharif in Kot Lakhpat jail and demanded that his basic rights be ensured and his physician be provided access to him.