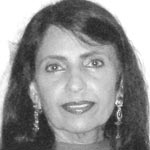 Education is a basic human right – like food, healthcare, shelter and many other necessities of life. The concept of social contract was promoted with the advent of the nation-state; under this social contract the state is responsible to guarantee us certain basic human rights.
Though there is some debate on what is covered under this social contract, there should be no doubt that all citizens should be provided most of the basic and fundamental necessities required to live a fulfilling life with dignity. Education is one of these fundamental human rights.
However, under capitalism education has been converted into a commodity – just like many other necessities of life – to be bought and sold with the sole purpose of generating profit. This has led to drastic changes in how society perceives the role of knowledge in human life and how it is imparted and acquired.
The real purpose of education is to gain knowledge to enrich human life, enhance the intellectual capabilities of people, promote curiosity, and enlighten and broaden minds in order to propel human society towards achieving the goal of creating a just, fair, and equitable world free of prejudices, conflicts, want, hunger, deprivation, oppression, and exploitation.
However, the act of seeking knowledge is now equated with acquiring degrees and skills leading to better employment opportunities and making the most money possible. Parents and students invest in education so that in future that money can be encashed many times over. And those who are entrusted with the responsibility of imparting that knowledge do so with the main purpose of making money and have made it into a profitable business.
The status of teachers has been reduced to that of wage labourers. Buildings are built, people are hired, and students are enrolled with the main focus on making profit. The market place offers a variety of educational experiences based on one’s purchasing capacity just like clothes, shoes, food etc. While there are schools that lack even teachers, books, drinking water and bathroom facilities, there are others with air-conditioned rooms, computers, science labs, art and music training.
This has led to the stratification of society based on individuals’ financial strength. Poorly equipped low quality schools are basically factories churning out low-skilled workers to provide cheap labour in factories, on agricultural lands, and at businesses owned by the rich, while the elite send their children to elite schools to be groomed and trained to become the next generation of rulers.
This is the result of the privatisation of education not only in Pakistan but pretty much all over the world. This system has been promoted and perpetuated under a neoliberal philosophy where the rule of the market is considered divine and making profit is the sole incentive for human effort and initiative. It is promoted under the myth that privatisation increases efficiency and quality.
The question of access has been left to individuals’ paying capacity or charity through scholarships and charitable institutions. This has caused a paradigm shift in thinking where education has gone from being a public responsibility to becoming a private enterprise; from being a human right to a thing to be bought and sold; from being a source to promote peace and harmony to a source of conflict; from being an equaliser to the preserver of class system.
It is this neoliberal philosophy that drives international financial institutions to impose structural adjustments programmes and austerity measures under which the state is exempted from any responsibility of providing social services to its citizens including education, healthcare, housing, transportation, even water and garbage disposal etc.
There was a time in Pakistan when the average person had access to public institutions with reasonable education at a nominal cost. But with this privatisation craze even the middle class is finding it difficult to provide decent education to its children. Education is now a strong thriving industry that has developed political clout and influences policymaking. It is very difficult to break that hold.
In countries like Pakistan any opportunity to participate in any profit-making initiative is available only to those who already have access to capital and exert undue influence on politics and government. Thus the end result is continuation, preservation, reinforcement, and intensification of the class system.
What is the solution? It must be understood that those who are the beneficiaries of the current system have no reason to change it. Thus the responsibility lies on the shoulders of those who believe that this is an unfair and corrupt system and struggle to change it. This struggle is going on in many countries around the world under different pretexts.
The victory of Syriza in Greece, the rise of leftist parties in Spain and Latin America, the movement for $15 as minimum wage, the struggles of native people to regain control of their lands and life, the resistance against the Trans-Pacific Partnership Trade Agreement and many environmental movements are manifestations of this struggle. There is a need to connect these struggles with each other and with the larger global struggle against the system of capitalism and neoliberal philosophy. Without this it will have limited and temporary results.
There is a need to educate and inform the masses of what this is doing to them, their children, future of the nation and the world at large. This is the only hope to save this planet and humanity from the ravages of a ruthless system which has nothing to offer except wars, destruction, hunger, poverty, exploitation, and oppression to 90 percent of world population.
Email: [email protected]